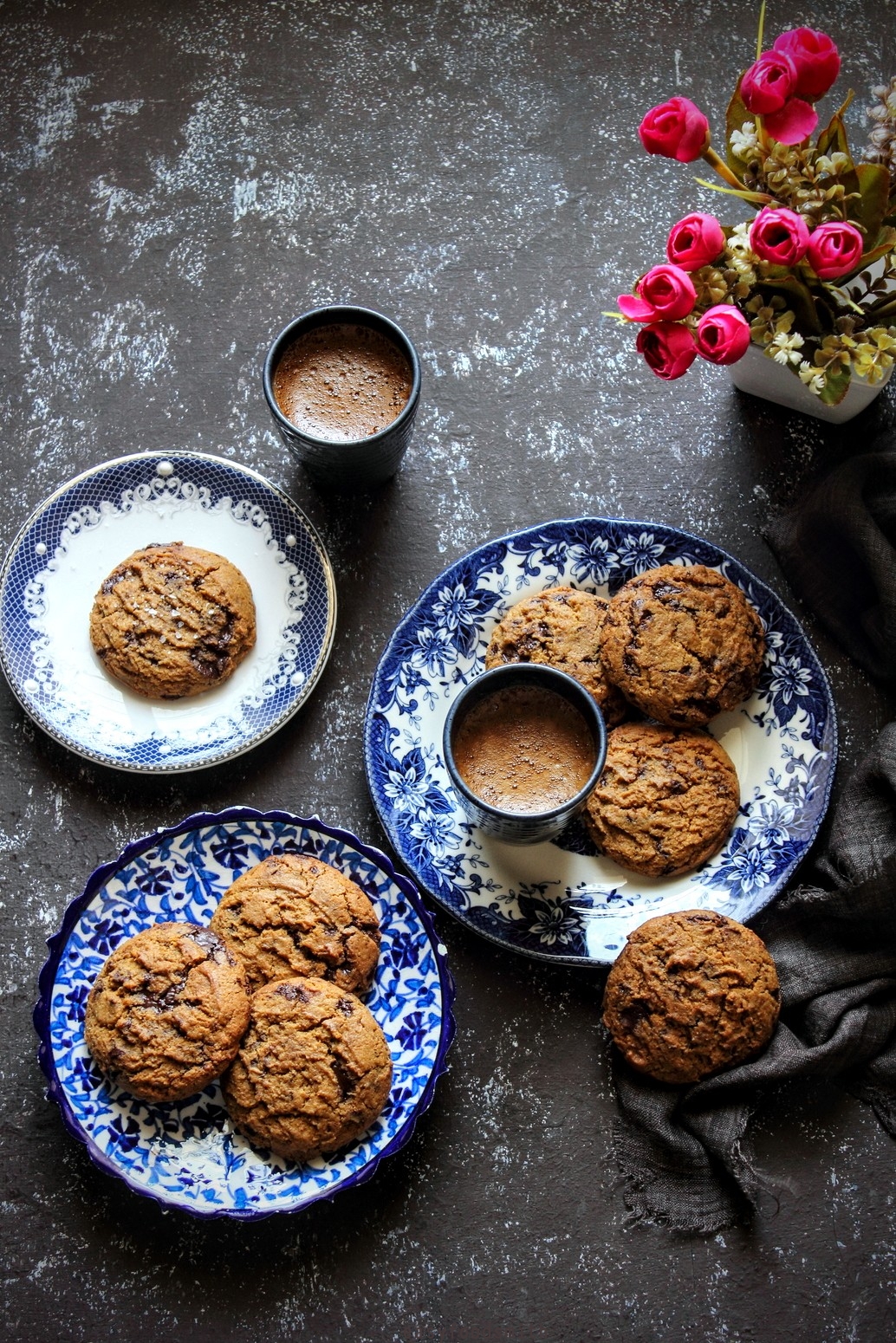 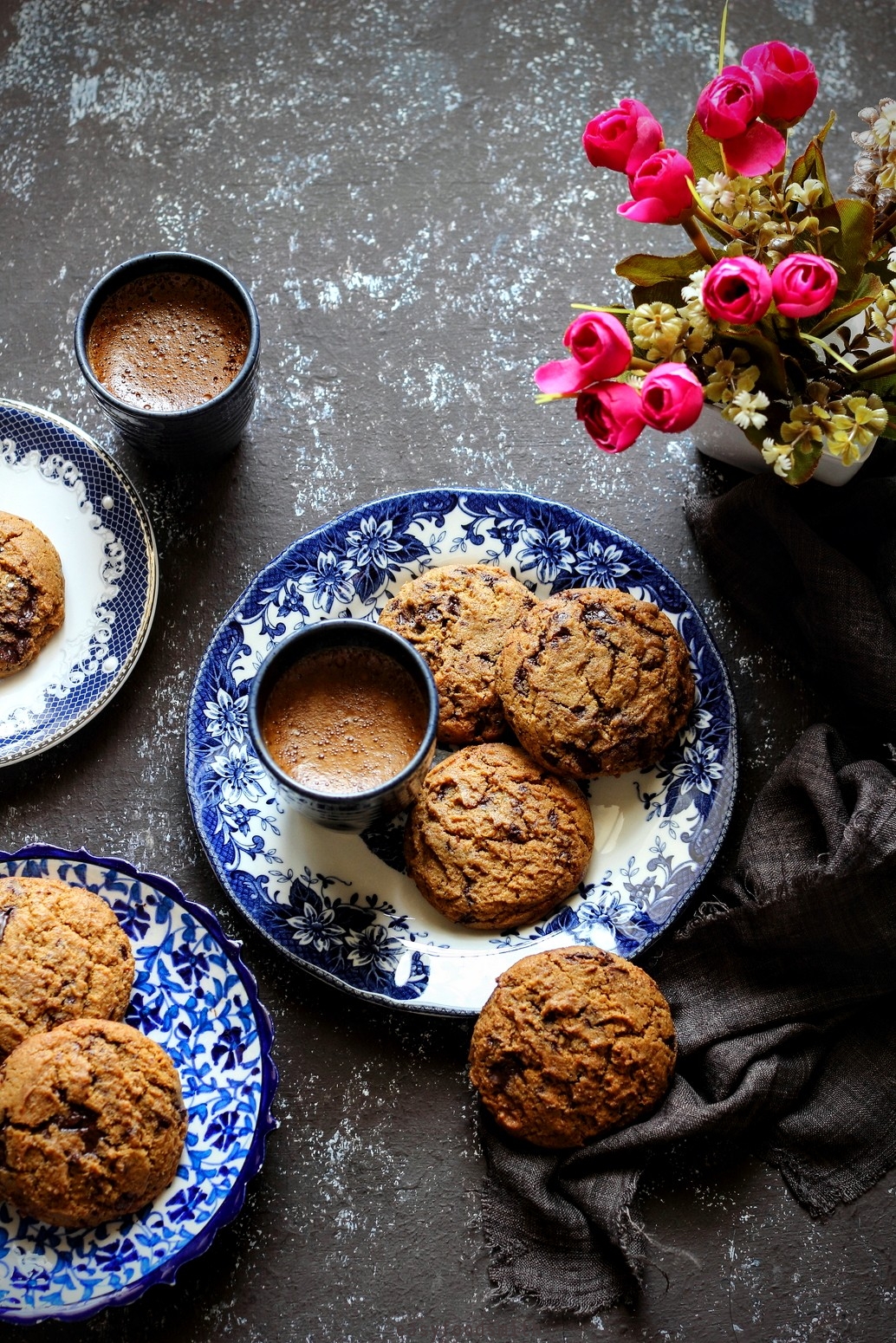 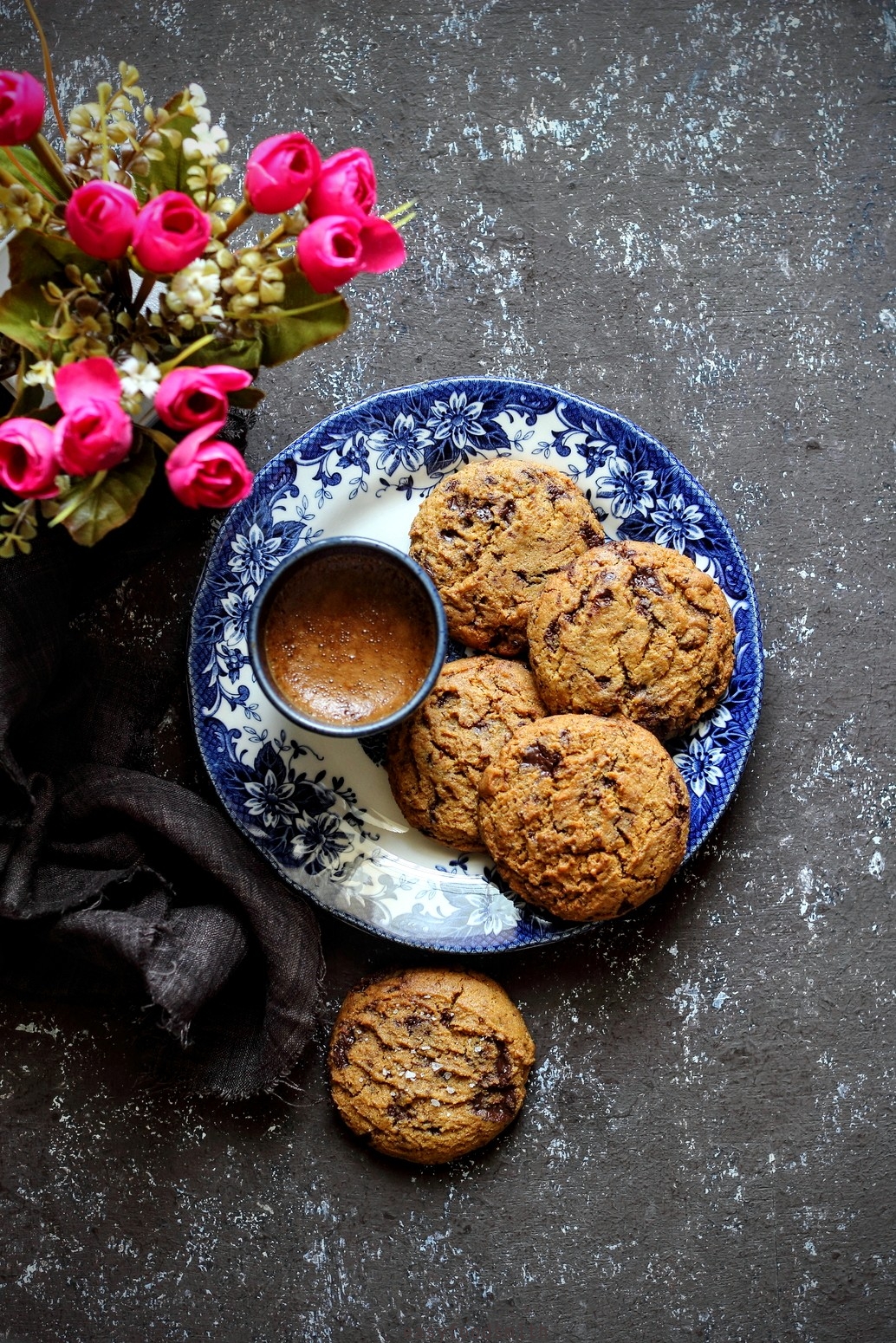 I have been meaning to share these cookies here since a few months when I first tried them. I noted the recipe on a piece of paper and managed to lose it. Had to go over again with the recipe by trial and error till I got desired results. Anyways, its never too late to share a cookie recipe, right? Also, I am trying to redeem myself for the last year, when I hardly posted a cookie recipe except for these two – Spritz Cookies and Custard Powder Raspberry Jam Thumbprint Cookies. If you are wondering why I am not calling besan as chickpean flour, well, I sometime back learnt that the two are actually different from each other. The two terms are not mutual or complementary. Well technically both are made from chickpeas but of a different kind. Chickpea flour is made from white chickpeas or garbanzo beans (what we called Safed Chana here) while besan is made from chana dal which is attained from Bengal grams or black chickpeas. Now that we have cleared the air about the difference between besan and chickpea flour, these cookies are made using the besan. High in fiber and protein, full of vitamins and minerals, besan is a healthy alternative for those who are allergic to gluten. These besan cookies taste AH.M.A.Z.I.N.G and we never get tired of eating these fudgy, chewy, nutty tasting cookies with pools of melted chocolate. So good! They are gluten free, refined sugar fee, egg free (pretty much guilt free) and I guess that makes them the healthier version of brownie cookies 😀 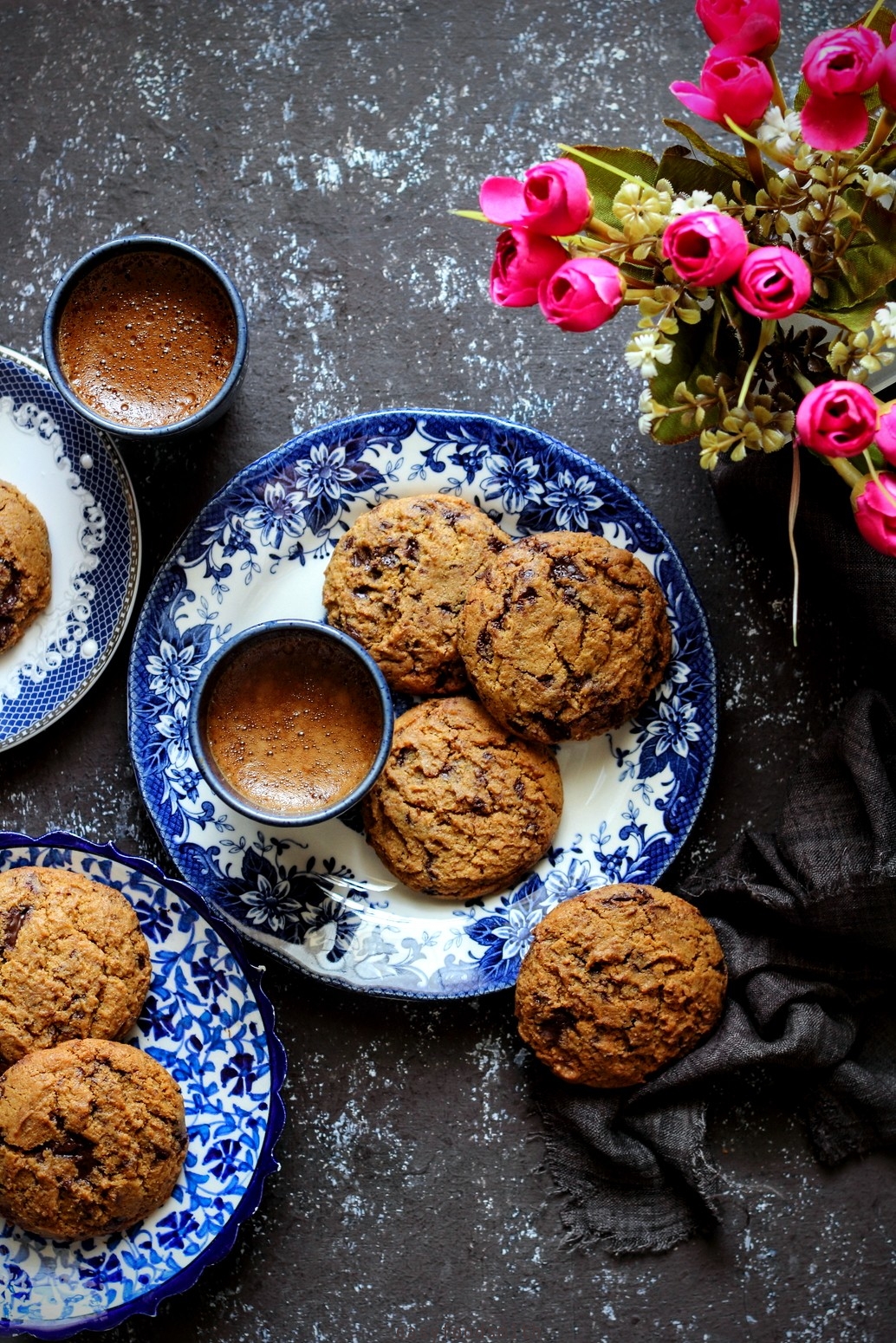 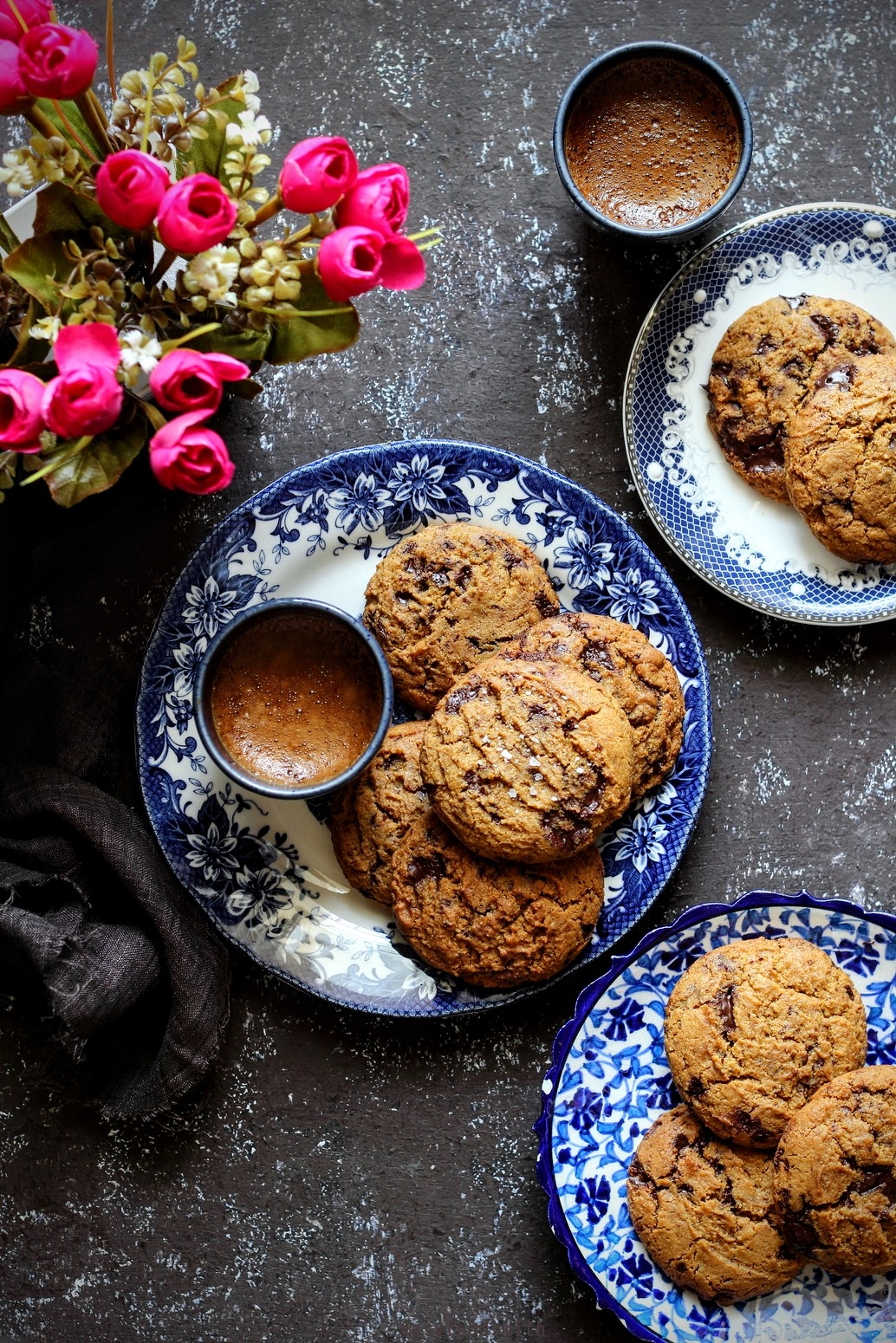 Whisk together the butter and sugar in a large mixing bowl using a hand whisk till the batter turns pale and fluffy.

Add the regular egg or vegan egg, whichever you are using, along with vanilla extract. (the egg free version of cookies turned out better, in our view)

Sieve the dry ingredients again before adding to the batter.

Fold in the besan till there are no dry patches or flour streaks in the batter.

Add the chocolate and mix it into the batter.

Cover the batter with a cling wrap and refrigerate it for at least half an hour. An Update…I realised over several batches of cookies that for some brands/ quality of besan, you require no refrigeration. Make the dough and bake it straight away. For this reason, I have started making a test batch by baking two cookies and seeing how they turn out before baking the whole batch. OR you can stick to one ‘tested’ brand of besan for making the cookies. 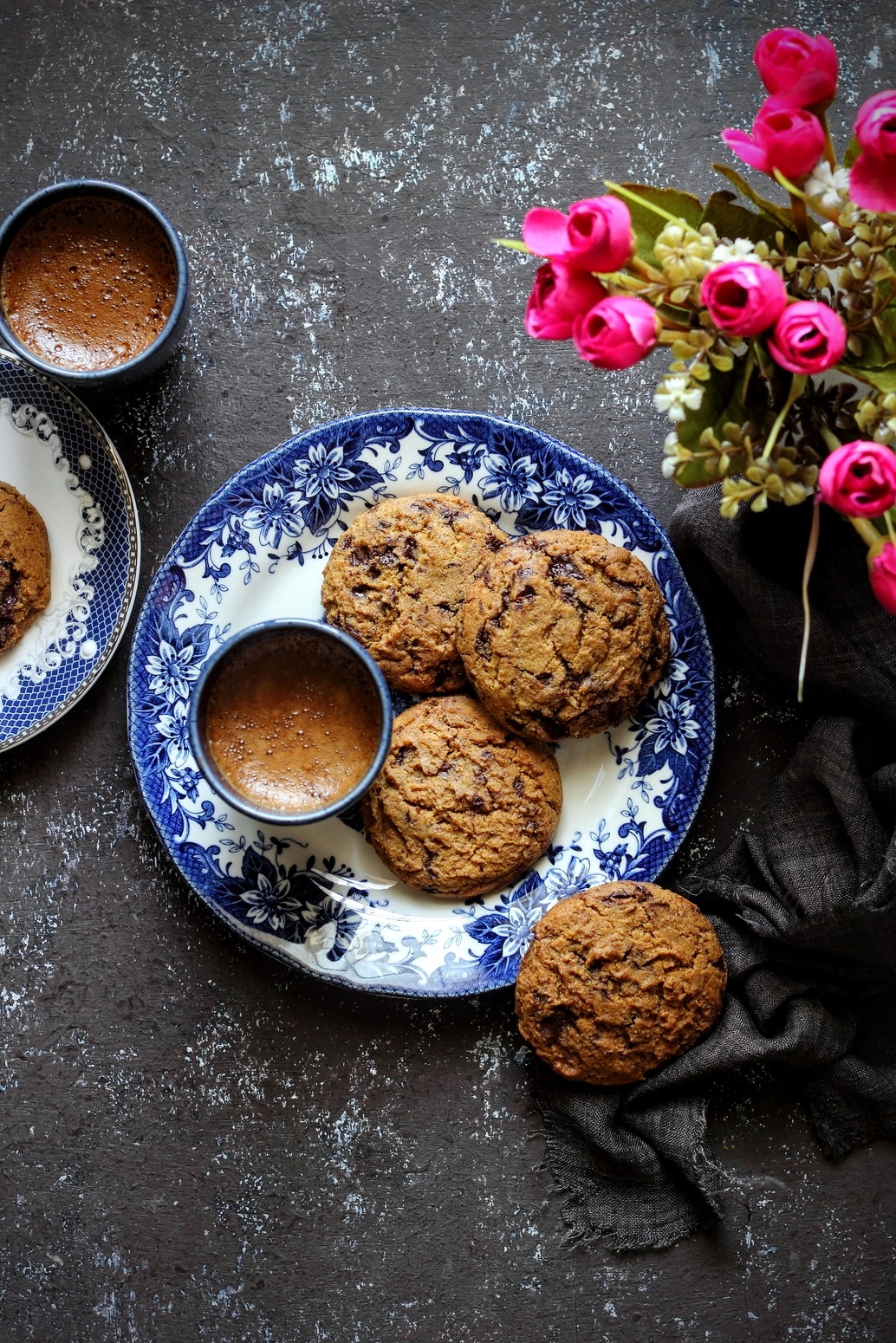 Place the cookie dough at a gap of at least three inches.

Place the baking sheet in the oven for 25 minutes or till the cookies look somewhat toasty on the top and are golden brown around the edges. (the time will depend on the thermostat of your oven)

Place rest of the batter back in the fridge while this batch is baking and remove it from the fridge, the same time you remove the first batch from the oven. However, if you have provision of baking simultaneously in two cookie sheets, go ahead and do that.

Remove the baking sheet from the oven and sprinkle with some coarse sea salt.

Allow the cookies to sit for 5 – 7 minutes before removing them from the baking sheet. Place them on a wire rack to cool them completely.

Enjoy these fudgy, chewy, chocolaty cookies with your favourite cuppa.

{We think that they taste best when they are fresh out of oven (although you need to allow them a cooling time of five to ten minutes before enjoying them). As they sit, they begin to turn fudgy but delicious nevertheless 🙂 } 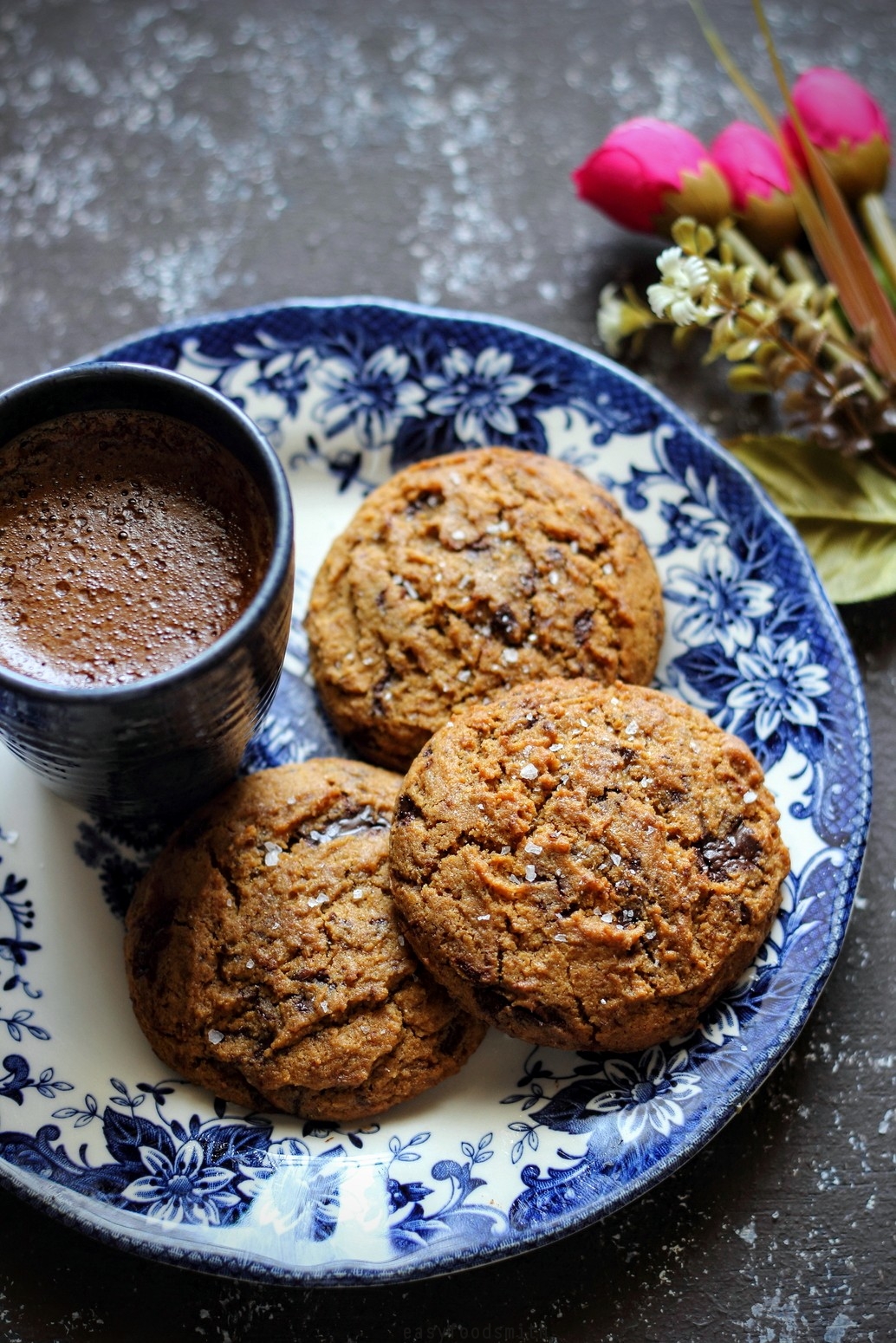 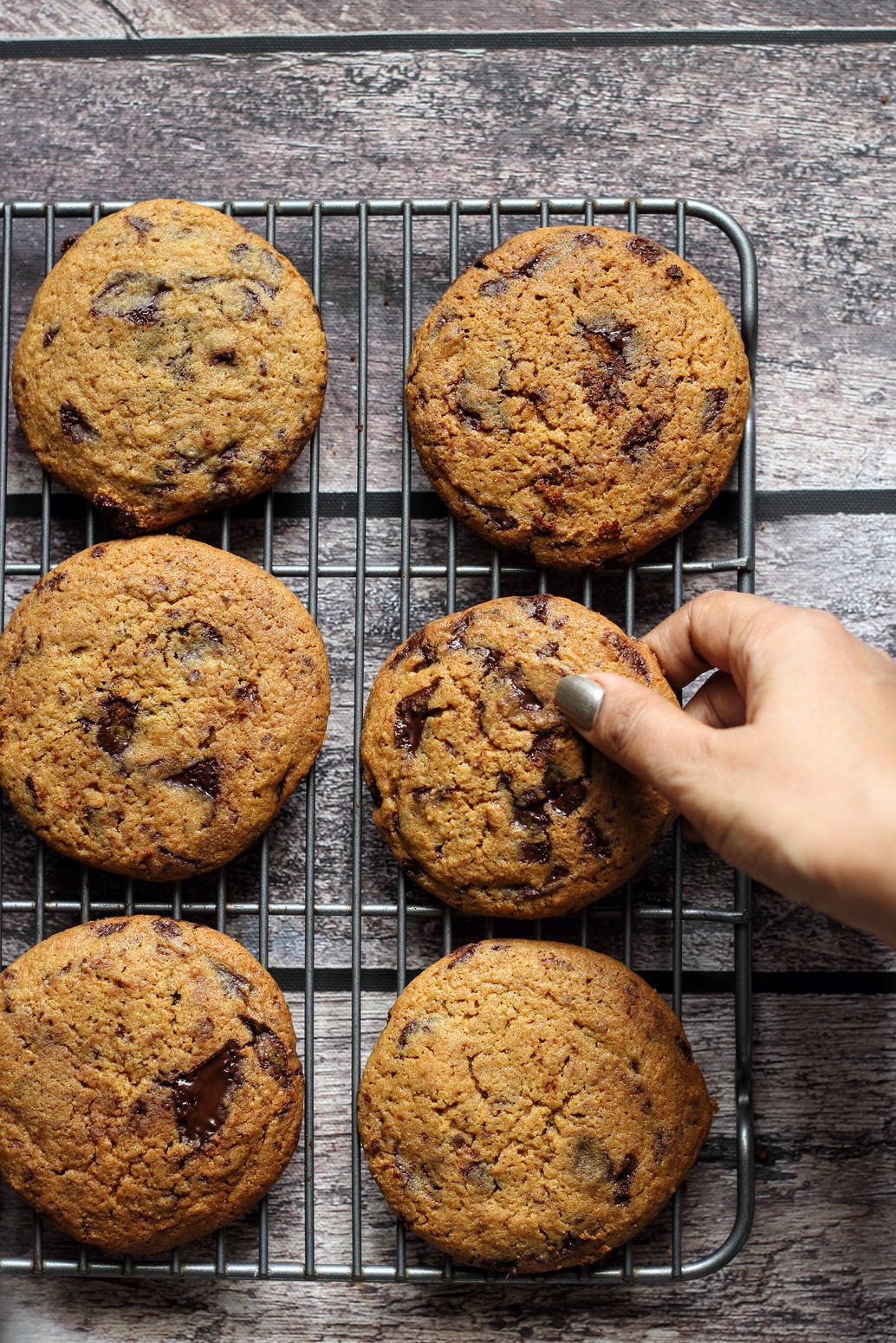