Skip to content
This is the first time that I have ever made bread, never mind if it’s banana bread and not the one with yeast (the tricky ones). The yeast ones will have to wait for now coz as of now I am happily contented with the result of this banana bread. It turned out soft and deliciously flavourful. Thanks to such successes, I fall in love with baking all over again 😉 Another reason why I love baking are the aromas that fill the house…warm and comforting. Heavenly! 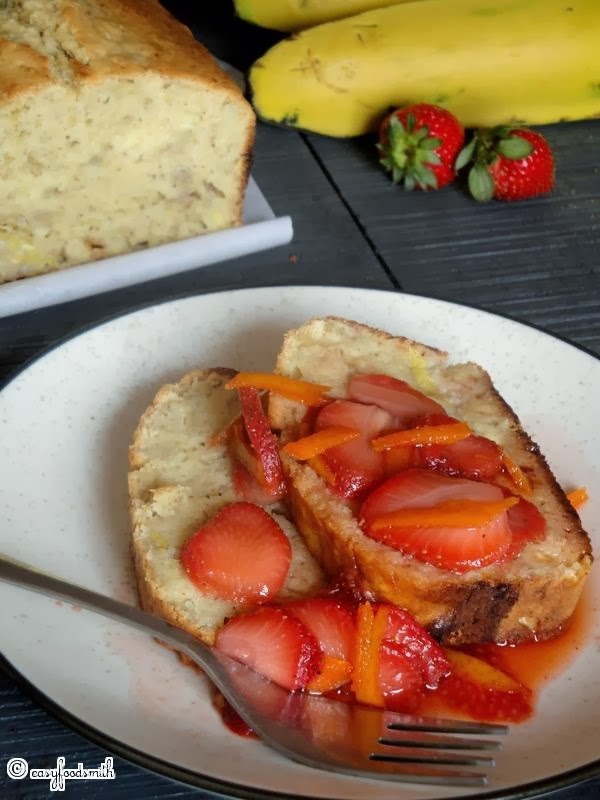 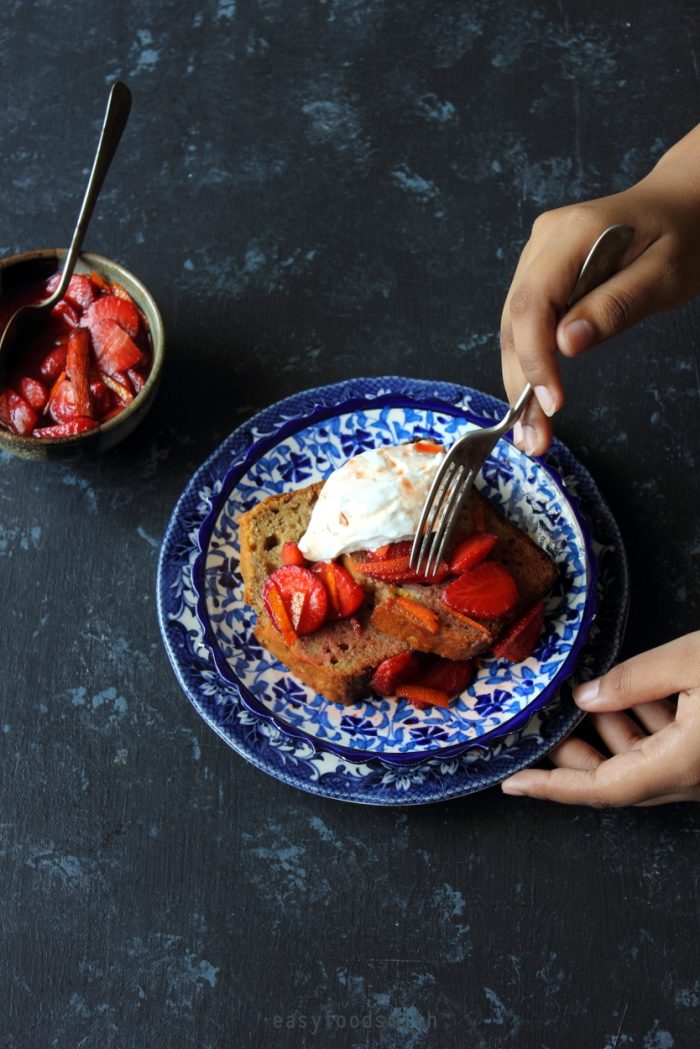 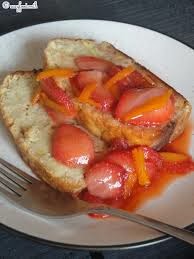 To Serve
Slice the banana bread and spoon over the compote and serve with whipped mascarpone or yogurt cream. (I used an equal of whipping cream and mascarpone, whisked them together till they became light and fluffy and then refrigerated them and let them sit for an hours before serving. This can be made a day or two ahead of serving and kept refrigerated.)
Adapted from ‘Party’ Cookbook.
Post linked to Katherine’s Blog Hop on Strawberries