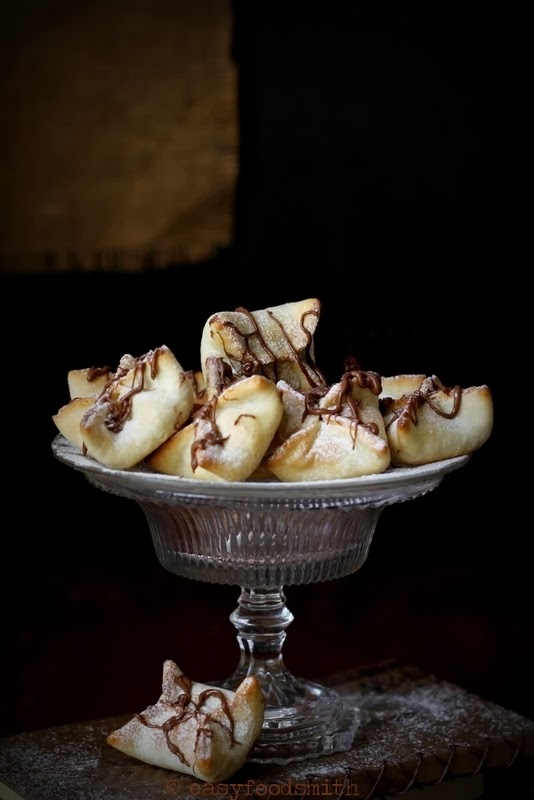 Had it not been for food blogging, I would have never learnt about 5th February being celebrated as the ‘unofficial’ World Nutella Day; a practice that began in 2007. I also learnt, last year, that the manufacturer Ferraro, ordered a ‘cease and desist’ order from any such celebrations as a ‘result of some misuse of the Nutella brand on the fan page’.
However, the manufacturer later retracted its previous order after the matter was resolved as a result of ‘positive interactions’ between Ferraro and Sara Russo, the American blogger living in Italy, who started the World Nutella Day site and other social media accounts. Well, all that we Nutella fans can say is “All is well that ends well”! J (Read more on that, here)
My daughter and I were ecstatic like any Nutella fan would have been with possession of such knowledge that there existed a World Nutella Day!! There was a time when a jar of Nutella would not last for more than 4-5 days (max.) in our house but for more than year I have started keeping a strict tab on her intake.
Well, it was now time to bring in the Nutella jar, back in the house, to click a toast to the Nutella Day. After brainstorming and thinking about what to make/bake, I finally zeroed in on incorporating Nutella into something Indian and what better than samosa which is lapped up by so many people across cultures and countries. I had been planning, since long, of a chocolate filled samosa but I believe Nutella is a far better option…what say!? So, here is my ode to the Nutella…
I used the same pastry dough which I used to make these potatoes and peas filled Savory Samosas sans the carrom seeds. 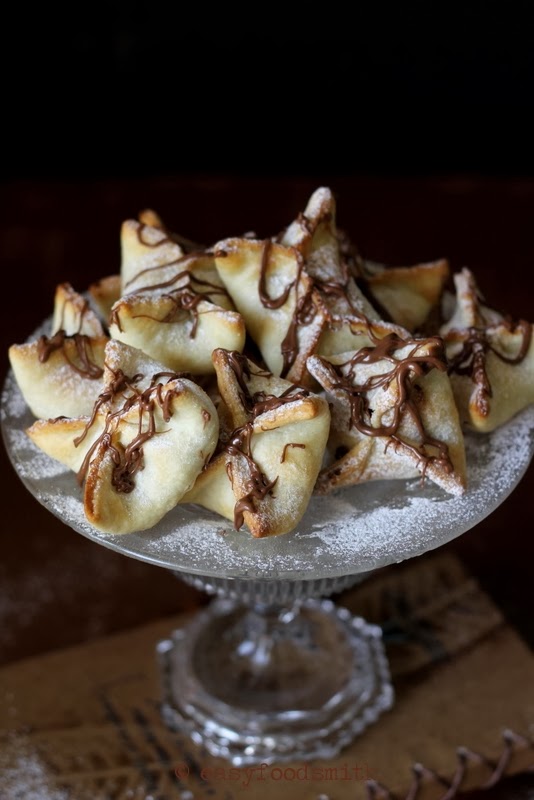 Mix the flours and add ghee. Mix together the flour with ghee till it becomes somewhat crumbly. Add water and make a stiff dough. Cover the dough with a cloth and keep aside for 20 minutes.

Heat the oven at 220 degrees C. Divide the dough in 12 equal parts and make balls. Roll out each ball to four inches diameter and scoop a generous teaspoon of nutella in the center, sprinkle over some nuts. Bring the edges together and seal them in what ever shape you fancy. You can bring together the edges and pinch them to make a triangular shape or a squarish shape (like I did) or shape them into a d-shape like gujiya.

Brush the samosas with a little oil and arrange them on a baking tray. Bake till the pastry turns golden brown. Remove from oven and cool them on a wire rack. Dust with confectioners sugar and drizzle with some more nutella. Serve hot or at room temperature and enjoy!!

Note: I also added some desiccated coconut to the filling and it paired well with nutella.
Note: The samosa can be served with some whipped cream or ice cream. 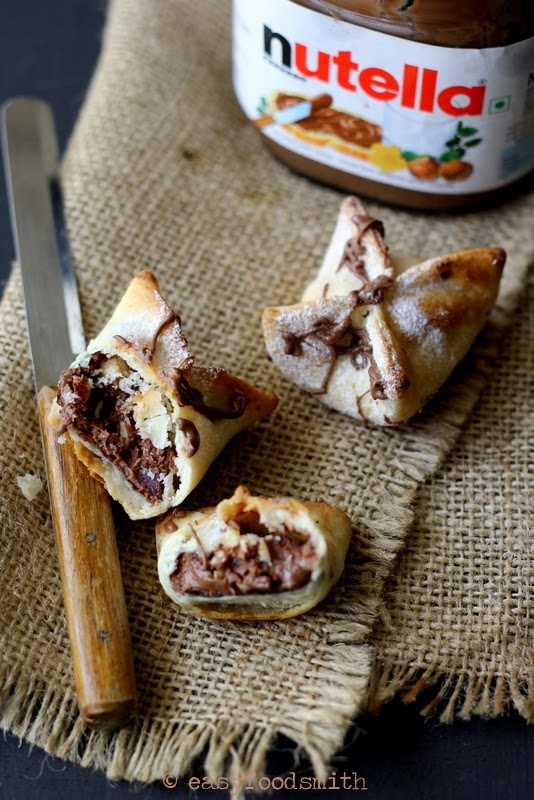 Yield: 12 samosa (the size shown in the pic)