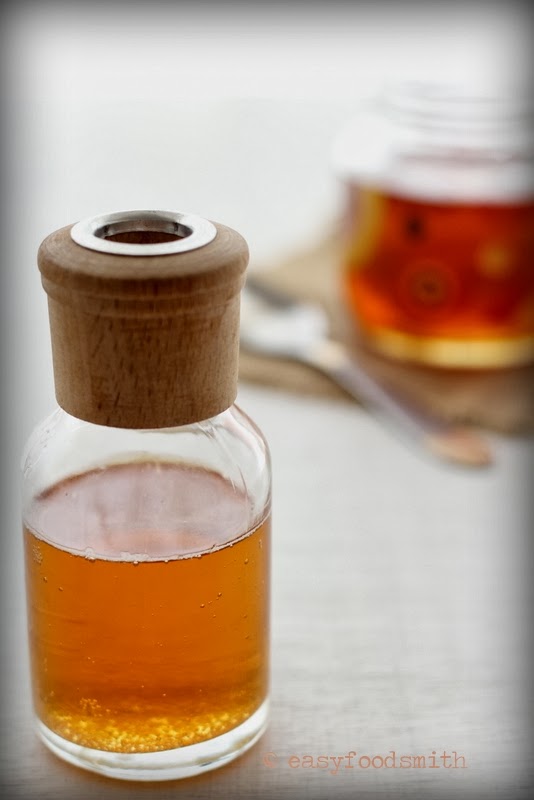 It is no mean task when it comes to baking cakes, puddings, pies or cookies when you are living in India. I am not talking just about the weather that can get treacherously hot (a doom for short bread cookies or rolling a pastry) but I am talking about the key ingredients that are required to bake these goodies. It will take herculean efforts to hunt simple stuff such as good quality white butter and there is no such thing as whipping cream or sour cream. It is tough to get hold of mascarpone cheese and cream cheese. Dulce de leche, puff pastry is one hell of a wishful thinking! While a few vendors stock the imported brands for few of the above mentioned stuff but they are capable of making a huge dent on your pocket. They cost a bomb!! The mantra is simple – make your own stuff…where ever you possibly can.

Now, you can imagine my plight when I began my hunt for procuring  the golden syrup! It was tough nearly impossible to find golden syrup. Four years back I found Lyle’s Golden Syrup at a supermarket at NOIDA (near Delhi) but that was the only time they stocked it. I had picked one bottle and on my later visit I was told they had stopped importing it. I learnt of a few stores that stocked it but these were too far off from my place of residence. I had a few recipes that called for golden syrup and its non-availability became the prime reason why they never saw the light of the day again. 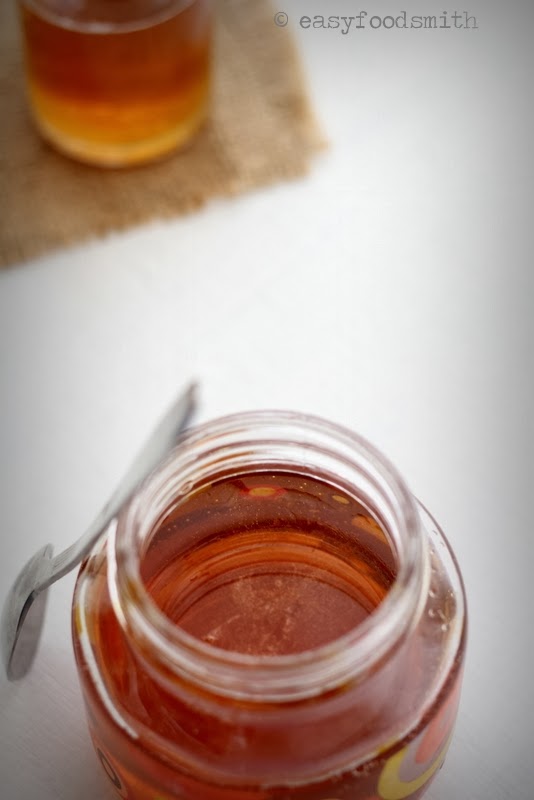 A quick search on the internet led me on to the basic info on the golden syrup. “Golden syrup is a pale treacle…thick, amber-colored form of inverted sugar syrup, made in the process of refining sugar cane or sugar beet juice into sugar, or by treatment of a sugar solution with acid…It has an appearance similar to honey”- Wikipedia. After learning that it was a simple sugar syrup treated with acid (in this recipe a natural one – lemon juice and vinegar), I believed it could be easily made at home. Then, began the hunt for a recipe and after browsing through a few, I zeroed in on this one.

Last year, when I felt like making the Banana& Strawberry Flapjacks, I decided to make  the Golden Syrup and I am more than satisfied with this recipe. And guess what?!? The home-made one costed me one third the price I had bought the Lyle’s! The success of this golden syrup has boosted my morale and I am keen to make more such stuff that I possibly can, at home.

800 g of white granulated sugar
290 g of water
2 lemons (to yield 6 tablespoons of lemon juice)
2 tablespoons of white vinegar
1/4 teaspoon of baking soda
2 tbsp water
Mix the baking soda in 2 tablespoon of water and set it aside.
Wash the lemons, cut in halves and squeeze the juice.
Measure 6 tbsp needed for the recipe and keep aside.
Cut the squeezed lemons in quarters and set aside.
In a pot, add sugar and water and boil on high heat. Stir until the sugar dissolves completely. 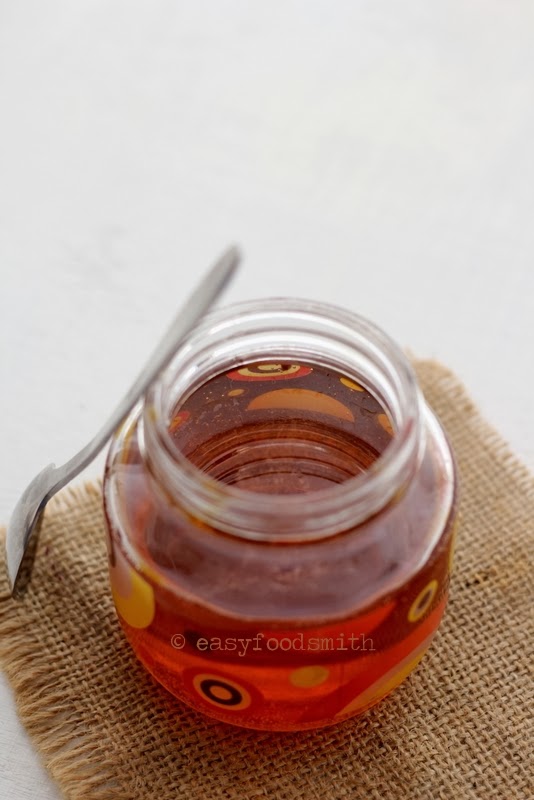 Reduce the heat to a simmer and add lemon juice & quarters and vinegar. Stir occasionally.
Insert a candy thermometer and continue to boil until the solution reaches 108 C. (I didn’t  have a candy thermometer and relied on my instinct and the appearance of the syrup)
This process took approximately 30 minutes (+/-).
You will notice the sugar solution gradually changing the colour and turning golden.
Turn off the heat and stir in the baking soda solution.
The addition of baking soda solution will lead the syrup to bubble. The bubbles will remain on the surface of the solution.
Once the solution cools, it will disappear (as per the recipe they should have disappeared but mine did not…see notes).
Let the solution cool in the pot.
Strain before storing in the jar. (Preferably glass)

Note: On addition of baking soda solution initially there were bubbles and later they turned to froth which I had to spoon out from over the surface. I would recommend that you let the syrup cool well before pouring it out in bottle/jar.

Note: It is advised to use the golden syrup within a month or two. Also, keep it refrigerated.

Note: Don’t forget that the syrup will further thicken on cooling so keep an eye on the consistency.

Yield: 600 ml but I am afraid I forgot to weigh the syrup L 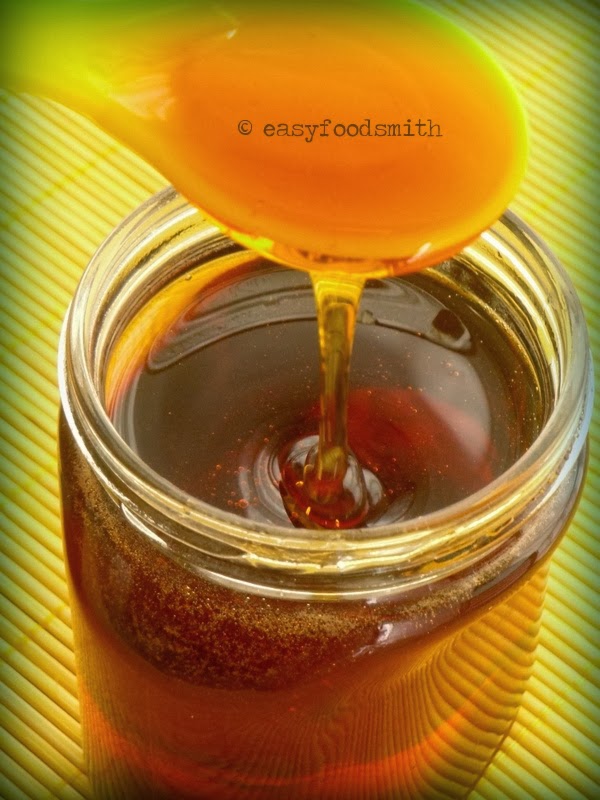 Thanks for visiting and see you soon!
IT IS ALWAYS ENCOURAGING TO HEAR FROM FRIENDS AND READERS. I CAN ALSO BE REACHED AT: easyfoodsmith@gmail.com