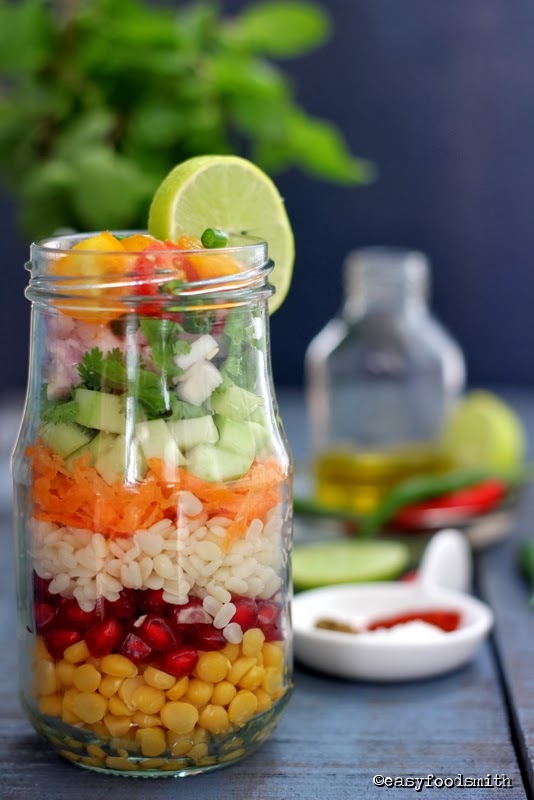 Lentils make a key part of an Indian meal; perhaps because they are found in such huge variety here. Similarly, there are variety of ways they are consumed and the way they are cooked. They are boiled and tempered; they are soaked and ground to make dumplings or crepes or pancakes; they are used as stuffing for making flat breads; they are eaten in salad form; they are turned into a hearty and comforting soup; they are even turned into fritters.
Almost all types of lentils and grams are consumed in Punjab not none comes near the heralded status of Mah ki dal. It is nearly every Punjabi’s favourite which is why Dal Makhani is a quintessential part of the Punjabi cuisine apart from the Butter Chicken and Chicken Tikka. However, Mah Chhole di Daal (Ivory Lentil & Split Bengal Gram) is another preparation that is exclusive to Punjab and typically made in Punjabi households only. I have never come across any other state cooking either the combo or the mah dhuli daal also called urad dhuli daal (Ivory lentils) the way other lentils are made…tempered or curried. Although ivory lentils are extensively used across India (to make dumplings called vada or bhalle and perhaps other forms too) but the ivory lentil curry is exclusive to Punjab I believe.
Since the dal is not made in my marital home, I tried to introduce this dal to them post my marriage but the only person who really enjoyed it was my father-in-law. My husband and daughter’s response wasn’t as encouraging as I would have wanted it to be! So I thought of presenting it in a salad form which was thankfully enjoyed by all.
Pickles and chutneys in a bottle are a passé and following the trend of serving almost everything in a jar/bottle – from desserts to cakes, puddings to salad, I too decided to follow the fad, a bit late though, and serve the salad this way. I think food in jar looks really cool and very attractive. 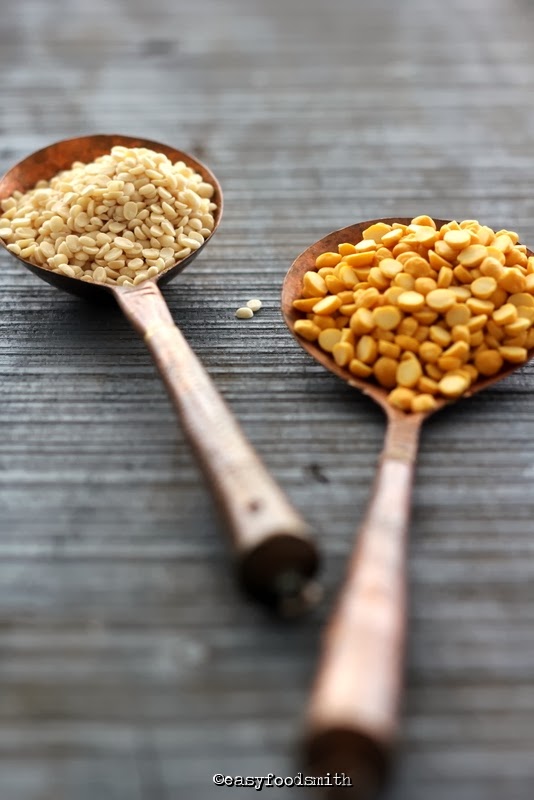 ½ cup split Bengal gram (soaked overnight)
1 medium onion, finely chopped
A small pinch of asafoetida
Salt and black pepper to taste
½ tsp chaat masala (easily available in Indian grocery stores)
A pinch of garam masala
2 tbsp shredded carrots
2 tbsp shredded cucumber
3 tbsp pomegranate seeds
Couple of cherry tomatoes
Dash of lemon juice
1tbsp chopped cilantro (coriander leaves)
A few mint leaves
A little drizzle of vegetable oil or any oil that you fancy
Boil enough water in a pan. Add two whole garlic cloves (peeled), just a wee bit of asafoetida and split Bengal gram.
Cook till the lentil is cooked yet firmly holds its shape.
Squish the cloves of garlic and mix them into the lentil. (I used a grater to the the job)
Drain water and cool.
Boil the spit Bengal grams separately and when they are done, drain water and cool.
Add the rest of the ingredients and adjust seasoning.
Note: The seasoning and other ingredients can be adjusted to taste. I used the amount which suits my family taste.
Serves: Approx 4 persons 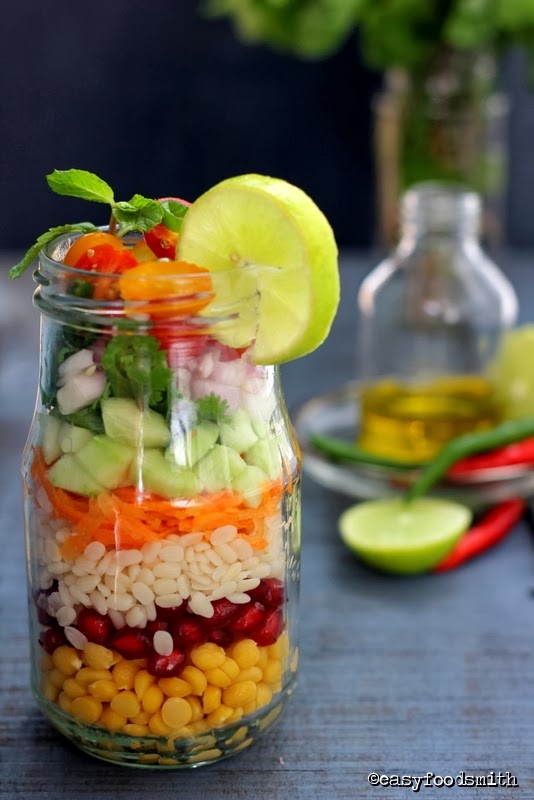 Thanks for visiting and see you again!
IT IS ALWAYS ENCOURAGING TO HEAR FROM FRIENDS AND READERS. I CAN ALSO BE REACHED AT: easyfoodsmith@gmail.com