Home is where the heart is.  One tries to find solace in things that bring even the smallest reminiscence of home. There are time when I miss my home town so much. Being near the foothills of Shiwalik mountain range and located on the banks of the river Yamuna it gets very cold during winters; the freezing Himalayan winds make the matters worse. 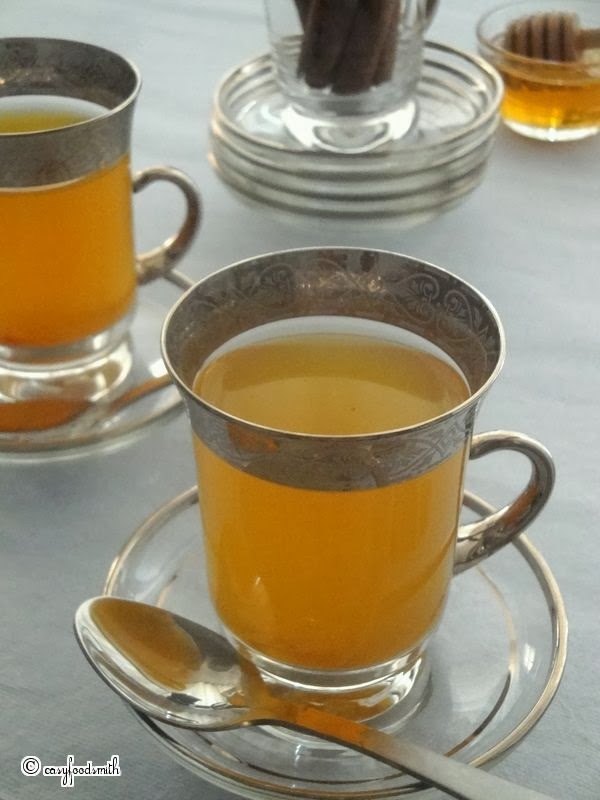 Central heating was unheard of during those days and room heaters were not very popular either. To fight the chill we relied heavily on traditional ways to keep our body warm – thick heavy quilt for the nights and cups of tea and coffee during the day. Traditional concoctions were other ways to beat the winter chill – herbal infusion made with spices called ‘kahda’ is one such brew. My favourite used to a sweet creamy concoction made with dry ginger, which was Mom’s special. She would give a tea spoon of it with a hot glass of milk. The other was a runny and delicious gruel made with gram flour. These two were given to us alternately every day each morning. So potent were the traditional concoctions that we never had flu or caught a cold or ever fell sick.
Now, given a choice I would have a steaming cup of coffee over tea but I don’t mind flavoured teas without milk. However, since my husband is not fond of spiced tea so I do not make Kahwa (also known as Kehwa or Qèhwa) very often; actually I am sort of lazy when I have to cook something for just myself.

Winters are in full swing in north and north eastern states of India; in fact the upper regions of Jammu & Kashmir state are going to experience snowfall anytime soon. Despite it being the winters, we here at Bombay have yet to experience the season. However, this does not deter me from making this lovely spiced Kashmiri tea. Kahwa or Kehwa is the traditional drink from Kashmir, though its origins are a matter of debate as some believe that its origins lay in China while those in India beg to differ J
(This tea is also very popular in Afghanistan & Pakistan) 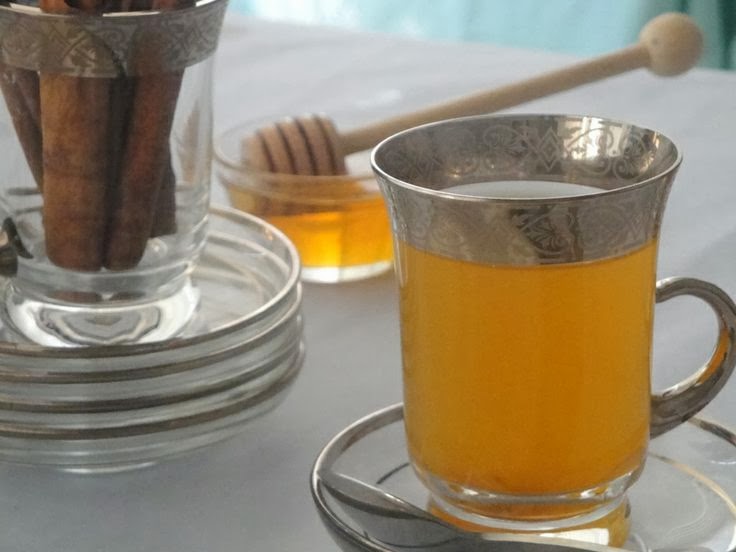 The tea is made with Kashmiri green tea leaves but any other green tea would do. Traditionally in Kashmir, this tea is made in a samovar which is a brass kettle. To make the tea aromatic, spices such as saffron, cinnamon, cloves and cardamom are infused and the concoction is then served in tiny shallow cups with crushed nuts such as walnuts or almonds (which are grown locally) along with sugar or honey. This tea is supposed to help alleviate headache. It is also believed to be good for stomach. In fact, Ayurveda believes that sipping hot water after meals helps in keeping one slim and washes away the fats from the body.
Here is the list of ingredients required for the tea:
2 teaspoons Green tea
2 cloves
3 cardamoms
1 stick cinnamon
3 almonds, chopped
1-2 pinches saffron
3 tsp sugar/ honey (or as per taste)
3 cups water

Pour 3 cups of water in a vessel and bring to a boil.
Add cinnamon, cloves, cardamom and sugar.
Stir on low heat until sugar dissolves.
Simmer the water for 3 minutes, keeping the vessel covered.
Add the green tea leaves and immediately turn off the heat.
Let the tea sit in the water for a minutes. (for stronger tea you can leave the tea in water for 2-3 minutes)
Divide the almonds and saffron and place in the tea cups.
Pour the tea (I sieved it) over the saffron and almond pieces.
Serve hot. 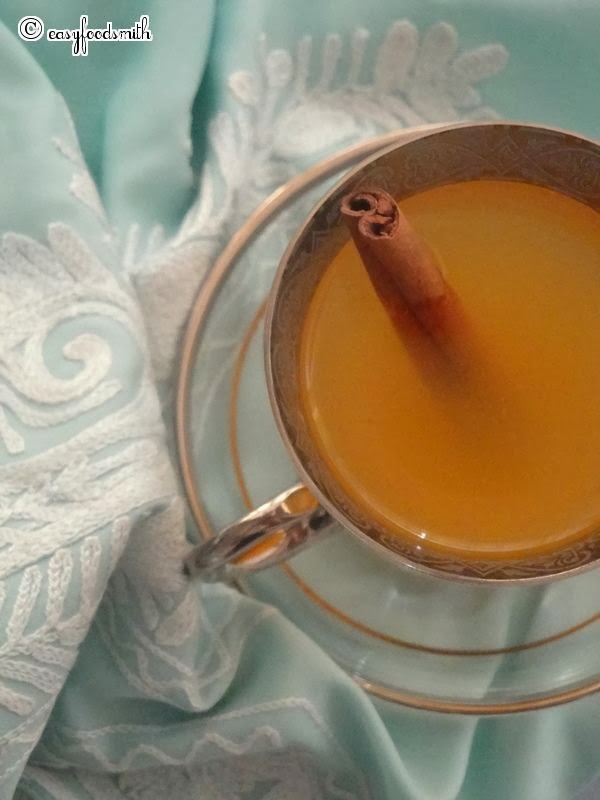 Thanks for stopping by and see you again! 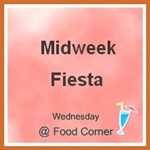