Here is the first kofta curry of the blog. Kofta curries are popular in India and most vegetarian’s preferred choice of food at a restaurant. However, my family does not fancy kofta curries much; may be it has to do with the fact that they are primarily non-vegetarians. This kofta curry was ‘accepted’ by them especially bearing in mind that they prefer red curries to white ones. I guess it being an unusual curry, made with poppy seeds (khus khus/ poshto), is probably what did the trick. The curry has a smooth creamy texture with just a wee bit of tang. 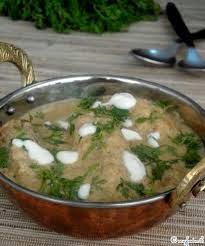 With the heat making it terribly hot in the kitchen I have been trying to switch over to food that takes lesser time to cook and is light on the stomach. The recipe is inspired by Chef Sanjeev Kapoor but I have done a lot of tinkering with the recipe and method of cooking with very encouraging results. I used whole garam masala for added flavour (coz the first time i tried it, i found it somewhat bland) and instead of boiling the onion, as suggested by the recipe, I made paste with half of it and finely chopped the rest. Instead of loads of cream, I chose to add milk and reduced the amount of yogurt coz we are not fond of pronounced sour flavours. Don’t let the long list of ingredients intimidate you! The process is relatively simple and easy. J
You will need the following for this delicious curry:
For the Koftas
4 medium potatoes, boiled
2 tbsp shredded cottage cheese
1 tbsp bread crumbs
1½ – 2 tsp corn flour
Salt to taste
Chopped green chillies (optional)
1 generous pinch of garam masala powder
Oil for frying
For the Gravy
1 tbsp poppy seeds
2 tbsp water
1 tbsp yoghurt (ensure it is not sour)
½ cup water
2 tbsp olive oil
1 medium onion
½ tsp ginger paste
½ tsp paste garlic paste
3 green chilles (split in halves)
½ inch cinnamon stick
3 cloves
1 bay leaf
3 green cardamoms
¾ cup milk
1½ tsp cream
2/3 tsp garam masala powder
½ tsp coriander powder
¼ tsp red chilli powder
Salt to taste
For garnish
A handful of chopped cilantro (hara dhaniya)
Method for making the Kofta
Mash the boiled potatoes and add the cottage cheese. Add the rest of the ingredients and gently knead. Divide in equal portion and make croquettes (it yielded 9 for me) and fry them on medium heat. Remove on an absorbent paper once they turn golden in colour. Keep aside.
Method for making the Gravy
Soak the poppy seeds in hot water for 15-20 minutes.
Grind to a fine paste
Whisk the yoghurt with water and keep aside.
Finely chop half the onion and make the paste with the rest. (I grate using a grater)
In a frying pan, heat oil and add the whole garam masala – cloves, bay leaf, cardamoms and fry till they change colour and become fragrant.
Add the chopped onion and sauté on medium low heat.
Once the chopped onions start to turn translucent, add the onion paste along with ginger-garlic paste and coriander powder. Add the split green chillies (the amount is not much coz their addition at this stage will only lend the flavour to the dish and not the heat)
Add two tbsp of water and fry them on low heat for 10 minutes or till they become golden.
Once done, add the poppy seed paste and whisked yoghurt. Cook for 2-3 minutes (add water if required)
Add cream, milk, salt, chilli powder, garam masala powder and cook further 2-3 minutes.
The gravy should NOT be thick coz the koftas will absorb moisture from it making it thicker and it will turn further thick on cooling too.
Add koftas and cook them on medium heat for not more than half a minute.
Carefully lift out the koftas and transfer them to the serving dish.
Pour the gravy over the top and serve dotted with cream and garnish with coriander.
Note: For extra flavour of cilantro, add it to the gravy at the end of the cooking process and garnish a little on the top.
Note: To save on time, fry croquettes and along with it, prepare the gravy.
Serves 3
IT IS ALWAYS ENCOURAGING TO HEAR FROM FRIENDS AND READERS. I CAN ALSO BE REACHED AT: easyfoodsmith@gmail.com