It wasn’t until I started blogging that I gave pumpkin a chance in my kitchen. My mother used to make pumpkin curry and a pumpkin halwa besides an occasional pumpkin kheer. However, being a fussy eater then, I enjoyed none of these. But later my palate started appreciating different foods and flavours. I started adding it to my savouries and sweets.

So, what I do is, I roast the pumpkin and then puree it since canned pumpkin purée is not available here. And then I store it in small portions and freeze it. I use it for baking our favourite pumpkin bread or adding it to my chia pudding. The pancakes that I shared earlier too had pureed pumpkin added to it. Although for my gluten free savory pancakes, I prefer adding shredded pumpkin.

Use the search word ‘pumpkin’ by visiting the archives for more pumpkin recipes, both, savoury and sweet. 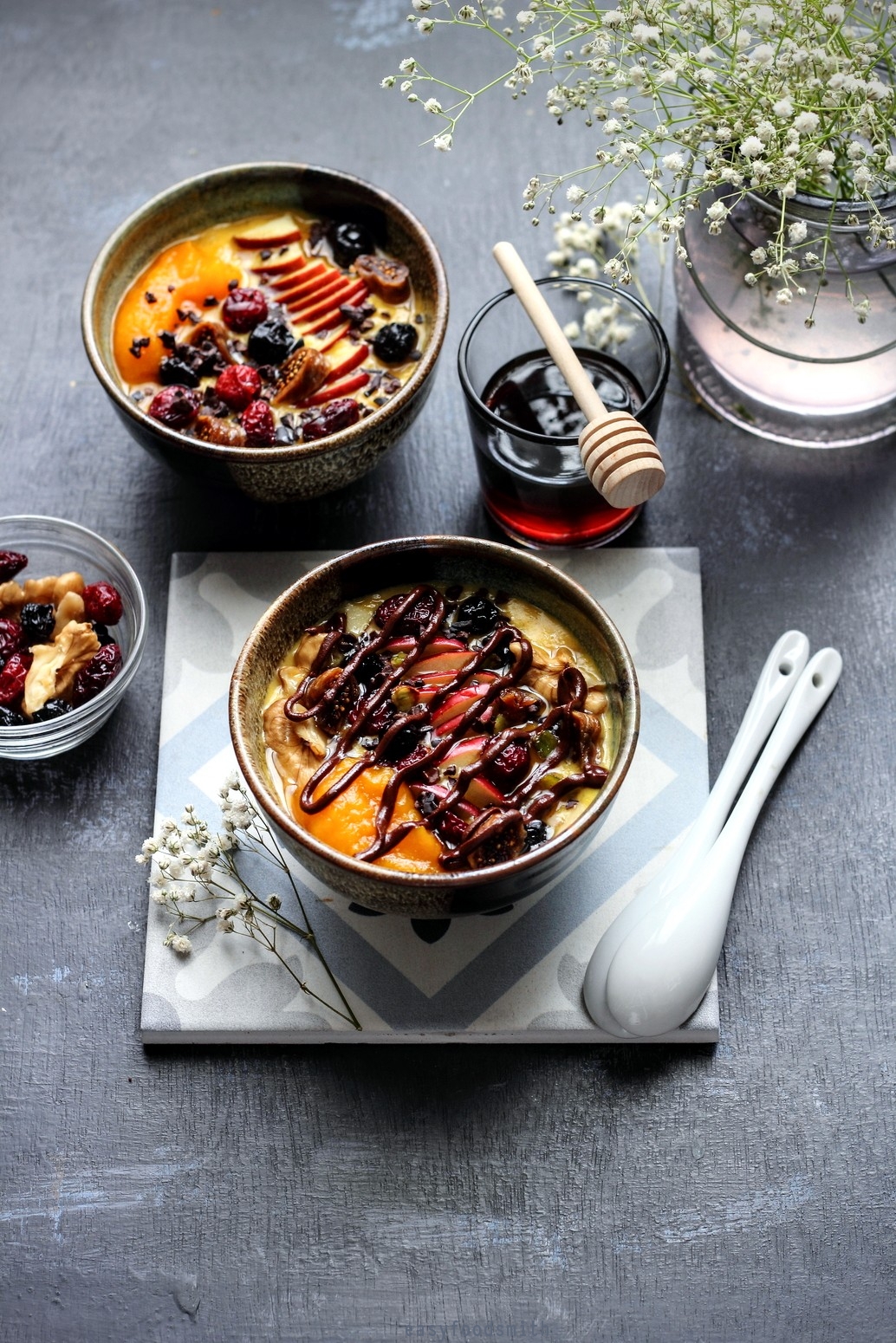 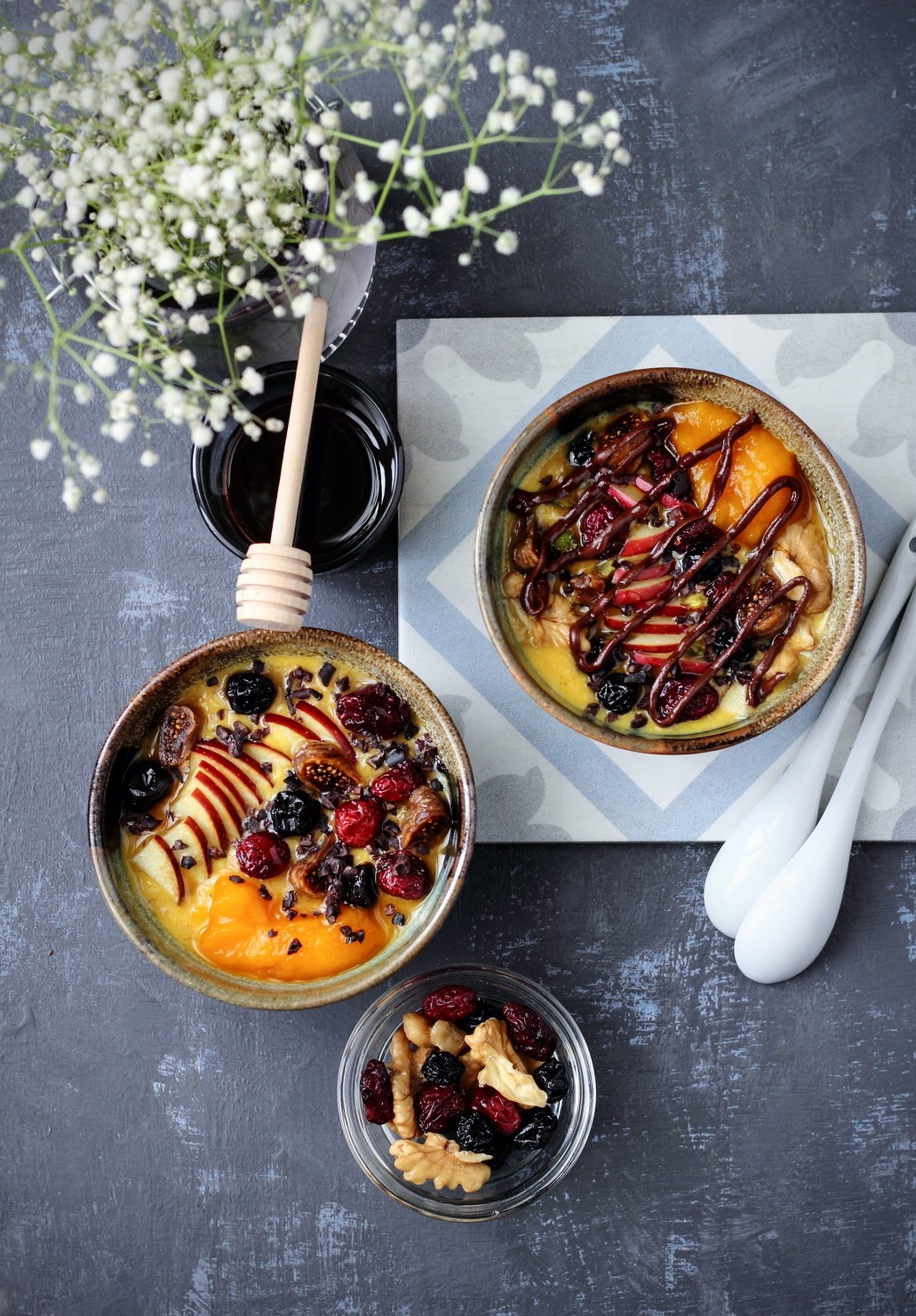 Decant the contents in the serving bowl. (You can serve the porridge warm, hot or cold with toppings of your choice)

Scatter the toppings on the porridge and drizzle it with honey or agave. Enjoy the bowl of healthy deliciousness! 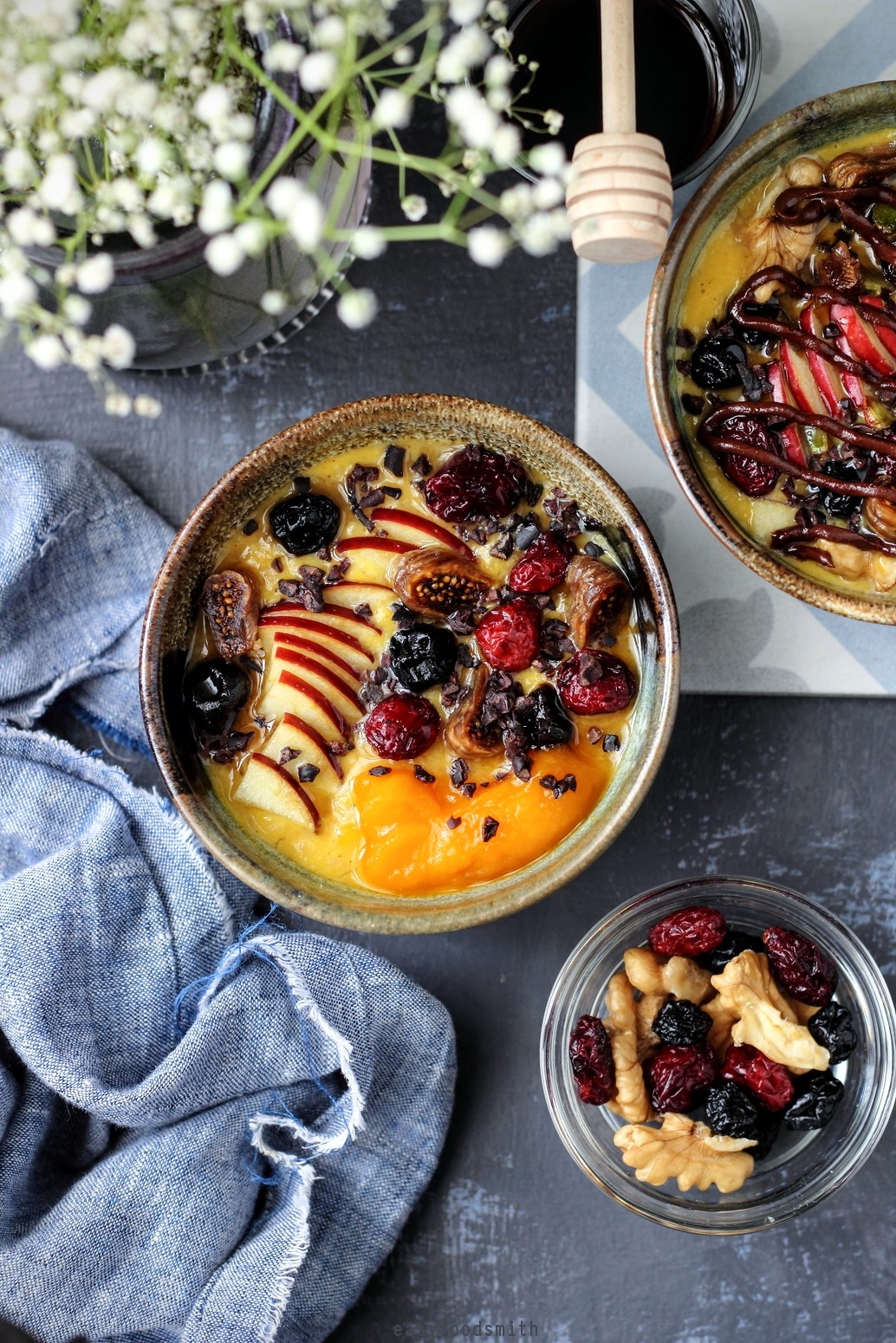